The installation Bit represents a natural random process based on the principle of a Markov chain. Each machine consists of 'information' engraved on the read head and an 'event' caused by the operation of the motor. Machines are linked together based on a Markov chain algorithm to influence events, and eventually we can predict which of the four machines will move in the next turn. The movements of these four machines are shown as a random process, but in fact they are sequence of events. Like an invisible chain, all things and events in our world are connected. 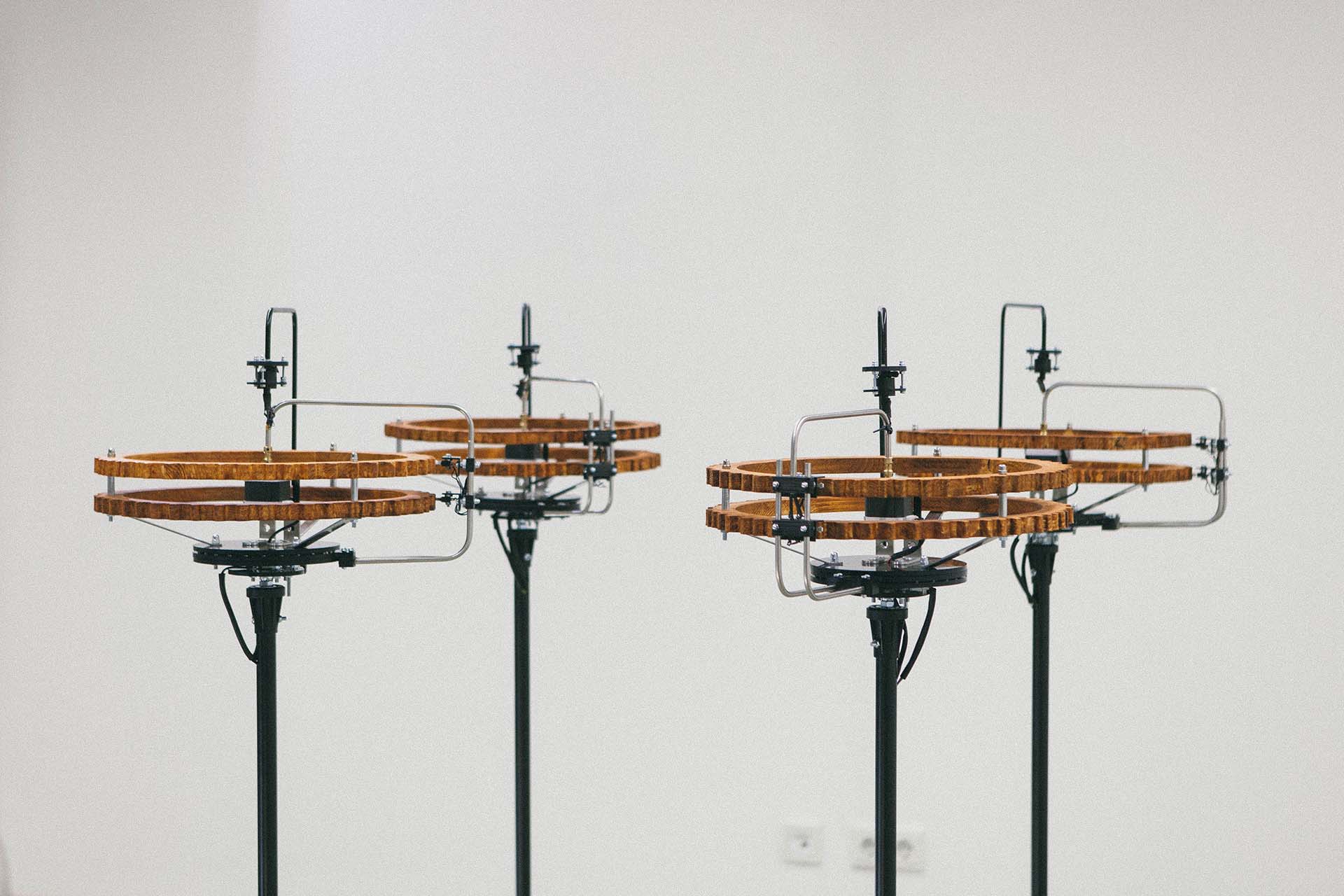 Each of the four machines has its own state, which have been named ( 0,0 / 0,1 / 1,0 / 1,1 ), respectively. Each machine is equipped with a wooden read head with binary information on the surface and a microswitch to read the current state of the read head. The microswitch is connected to the stepper motors located in the center of the machine. A machine whose state is called moves the stepper motors by 1/240 of a degree. The microswitch turns on / off (1/0) along the surface of the read head each time the motor moves and calls the next machine corresponding to the state (2-Bit) of the current position of the read head. At this time, the machine corresponding to the measured state goes through the same process and calls another machine or itself.

These four machines symbolize another system separate from ours. We observe machines separate from the world as if we were watching computer simulations. The binary digits recorded in the read head are the smallest units of unspecified information possible, called bits. The bit, as the smallest particle that can make up the world and not simply as a digital recording unit, symbolizes the basis of this world. The things that we call noise, the information that we think of as meaningless, the information from which we cannot find the pattern, and the information that we cannot decode are called "chance”. When this information can be observed from outside our own world, we have proven through the Markov chain that all events are linked together. 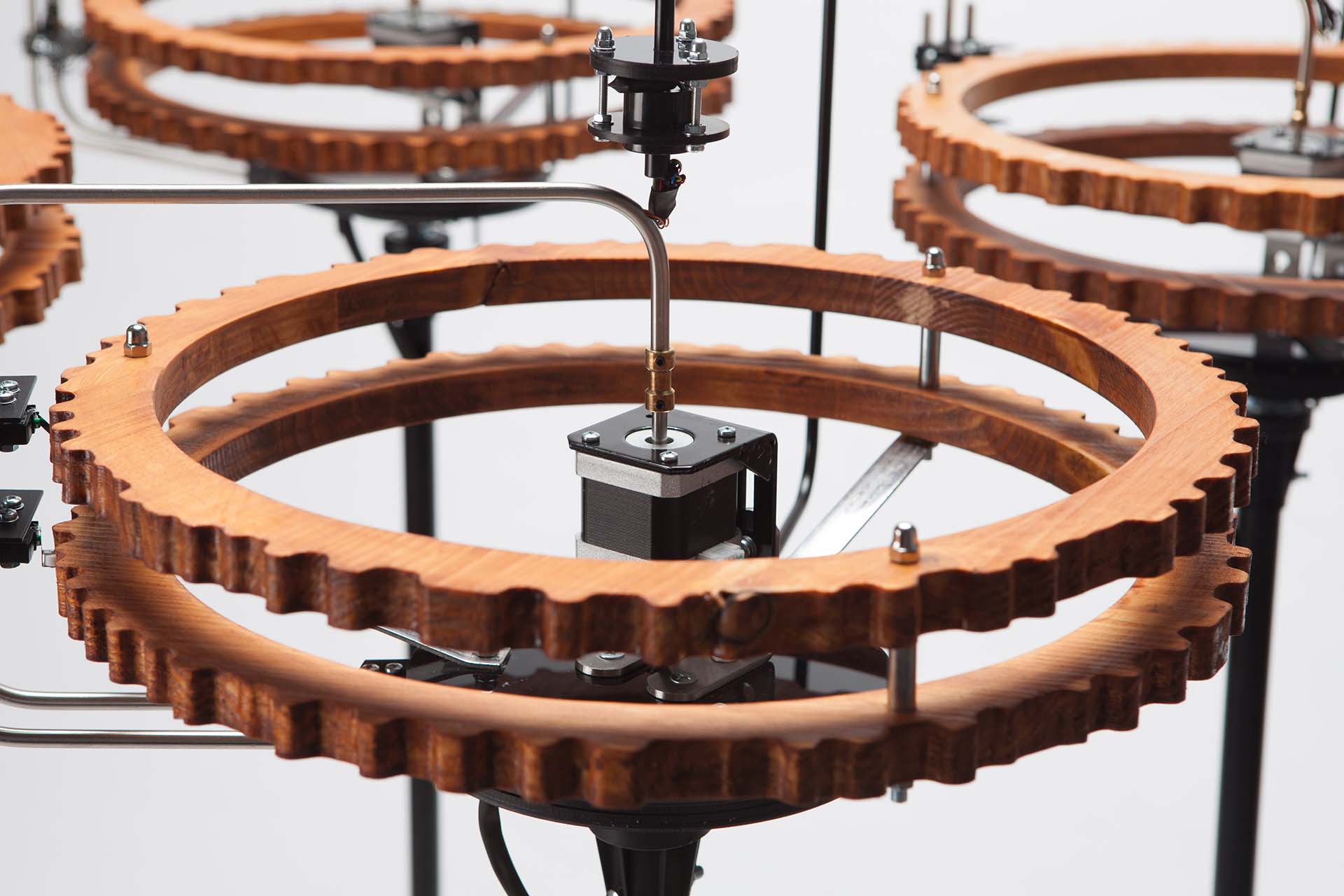 We may regard the present state of the universe as the effect of its past and the cause of its future. An intellect which at a certain moment would know all forces that set nature in motion, and all positions of all items of which nature is composed, if this intellect were also vast enough to submit these data to analysis, it would embrace in a single formula the movements of the greatest bodies of the universe and those of the tiniest atom; for such an intellect nothing would be uncertain and the future just like the past would be present before its eyes.

Laplace's demon hypothesis has already been proven false by Heisenberg's "uncertainty principle". But one condition that could make this theory possible is that if information were to be observed outside the system, everything could be predicted as he says. For example, in a computer simulation everything functions as an algorithm and we can observe the simulation world outside of the system. Therefore, we can predict which events will come next. There is no longer a concept of chance in this simulation. There are only inductive events based on algorithms. 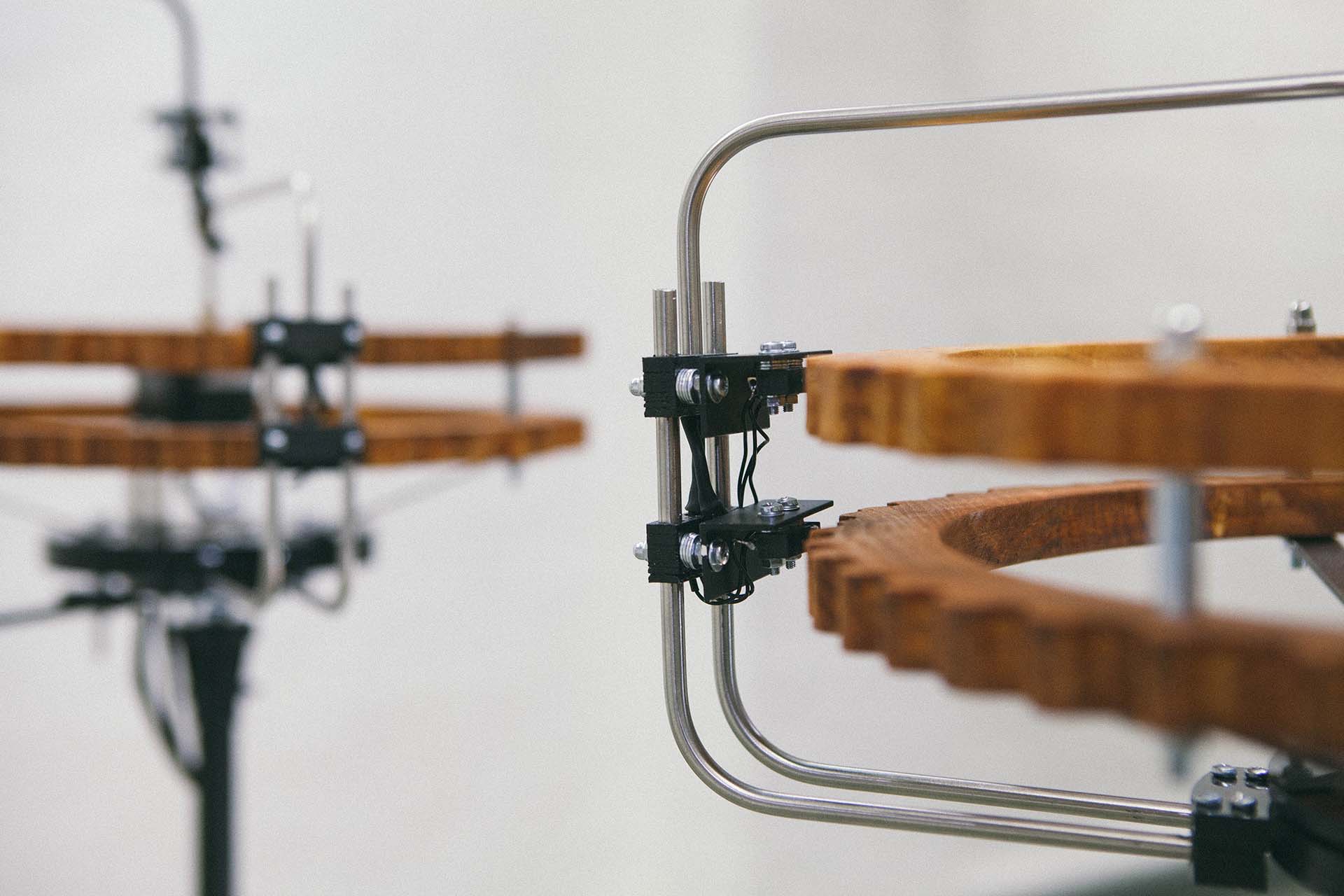 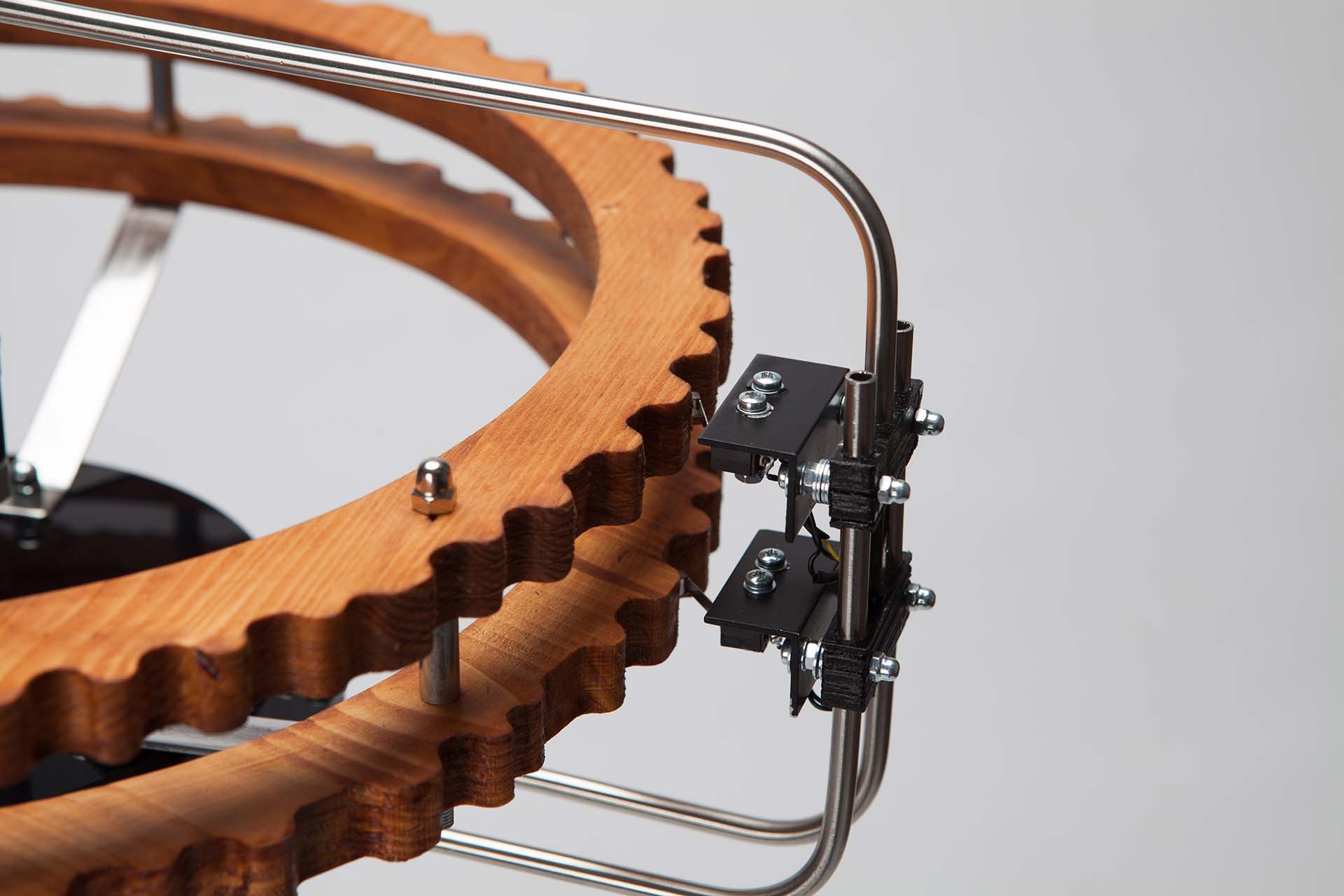 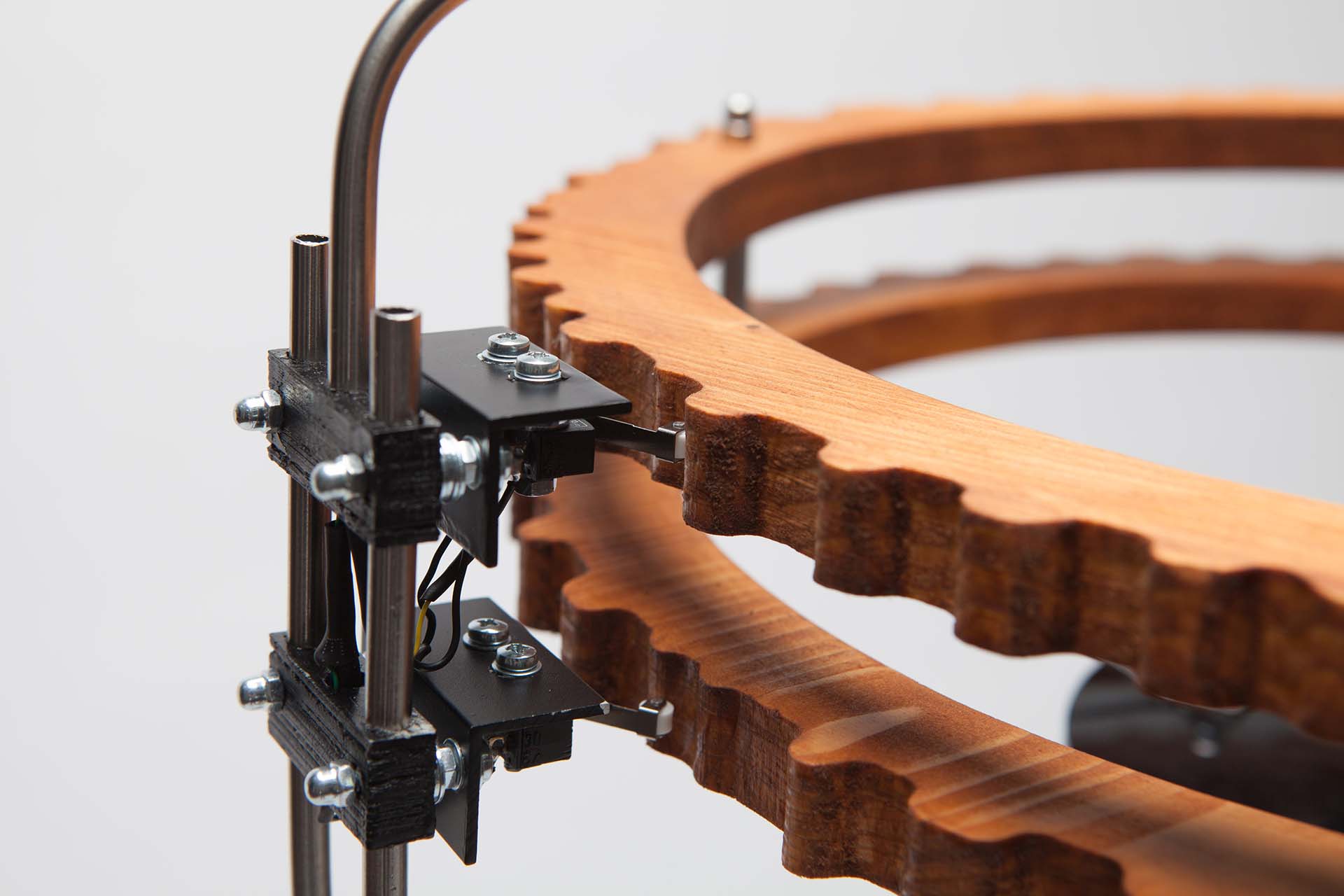 [CreativeApplicationsNet] Bit - the demise of chance and the rise of algorithm. by Filip Visnjic

[Domus] Two kinetic installations reveal the soul of the machines. by Salvatore Peluso